TEHRAN (Defapress) - The Venezuelan President has stressed the power and resistance of the country's Supreme Court of Justice (TSJ) in the face of foreign aggression.
News ID: 82928 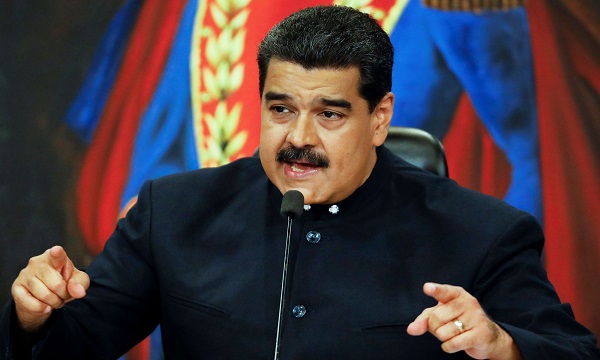 Venezuelan President Nicolas Maduro kicked off the 2021 judicial year on Friday, highlighting the power and resistance of the country's Supreme Court of Justice (TSJ) in the face of foreign aggression, Xinhua reported.

"Venezuela has a powerful judicial system," better than any other republican period, said the president at the headquarters of the TSJ in Caracas.

"Facing the onslaught of imperialist aggression, there has also been a national state in active resistance," Maduro said, pointing out that Venezuela is stronger at a constitutional level today.

TSJ President Maikel Moreno called on the legislative branch "to propose urgent reforms for the transformation of the substantive and procedural law systems, to make them simpler and more functional."

Among the regulations, the TSJ proposes to reform are the Criminal Code, the Civil Code, the special laws inherent to the fight against terrorism and organized crime, the Organic Law on Drugs, and the Anti-Corruption Law, Moreno said.

Moreover, Moreno promised to bring to justice "those who tried to use the legislative branch to destroy the Republic and take over the country; they must be punished in accordance with the law."