A terrorist team arrested in areas close to Iran

TEHRAN (Defapress) - A secret team of ISIL terrorists has been identified and arrested in Sulaymaniyah and Halabja in the Iraqi Kurdistan region near Iran border.
News ID: 82987 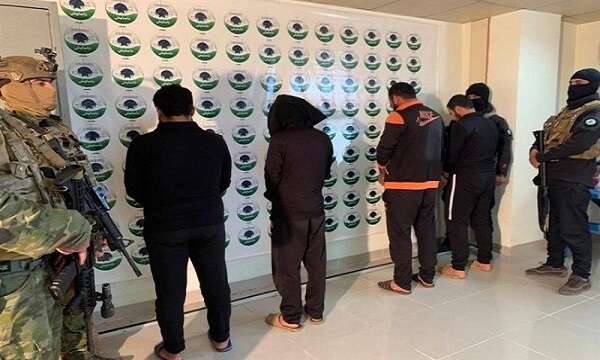 The raising of the ISIL flag in one of the villages of Seyed Sadegh city in Sulaymaniyah province made the security forces of this region suspect the presence of terrorists there.

It was not long after this incident that other flags of the same terrorist group were raised in some of the cities of this province and two members of the security forces were wounded in a bomb blast.

The apparent moves eventually led to the launching of an operation by the Sulaymaniyah security forces, in cooperation with the forces stationed in the Shahrzour, Seyed Sadegh, and Halabja areas, to thwart the group's other possible actions.

According to the Sulaymaniyah Security Forces Command, a secret team of ISIL terrorists has been identified and arrested in the mentioned areas.

According to the statement issued by Sulaymaniyah Security Forces Command, members of the secret ISIL team have been arrested.

Some of them have a history of membership in the al-Qaeda terrorist group, the statement added, saying that two Arab members of the group have also been arrested in Halabja. There are several women among those arrested.

The group was supposed to carry out explosions, the statement noted.