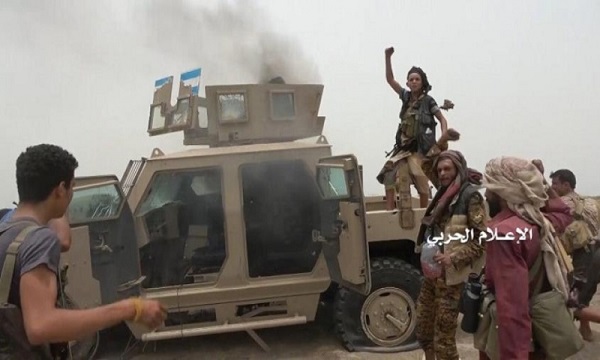 A Yemeni military source told Al-Mayadeen that Yemeni army and popular committees were able to repel a large-scale attack by forces affiliated with fugitive and ousted Yemeni President Abdrabbuh Mansur Hadi in southwestern province of Taiz.

Clarifying that this large-scale attack was carried out from three fronts and from southwest of Taiz province, Yemeni military source added that tens of military forces affiliated with fugitive Yemeni president Mansur Hadi were killed and wounded during the repulse of this attack by Yemeni army and popular committees.

Saudi Arabia launched a large-scale attack against Yemen on March 26, 2015 within the framework of a coalition of several Arab countries with the help and green light of the United States under the pretext of returning ousted and fugitive President Mansur Hadi to power in order to materialize its political objectives.