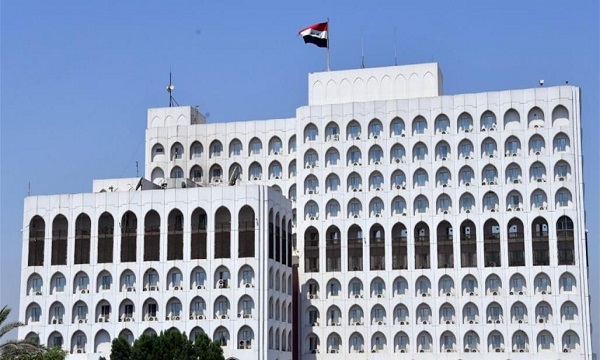 The summoning of the Turkish Chargé d'Affairs took place on Monday to hand him a protest note in reaction to the ongoing violations, including the presence of the Turkish Defense Minister in Iraqi territories without prior coordination, according to Iraqi News Agency (INA).

The Iraqi Foreign Ministry has stressed that the Iraqi government categorically rejects the continuing violation of Iraqi sovereignty.

According to the report, the Iraqi government has expressed strong dissatisfaction with Turkey's move, while also condemning the Turkish Defense Minister's visit and the Turkish Interior Minister's remarks about Ankara's intention to establish a permanent base in northern Iraq.

Baghdad has also stressed that continuing such an approach is incompatible with friendly relations between Iraq and Turkey, the principle of good neighborliness, and international laws and protocols.

The Turkish army began its new military operation dubbed “Operation Claw-Lightning” against the PKK in northern Iraq on April 23.

This is the second large-scale Turkish military operation in northern Iraq in less than three months and the fourth in a year.

Meanwhile, members of parliament, the media, social media activists and political commentators have recently increased their criticism of Baghdad and Erbil's silence on the ongoing operation in northern Iraq.