Police bust over 2,500 kg of narcotics in S Iran 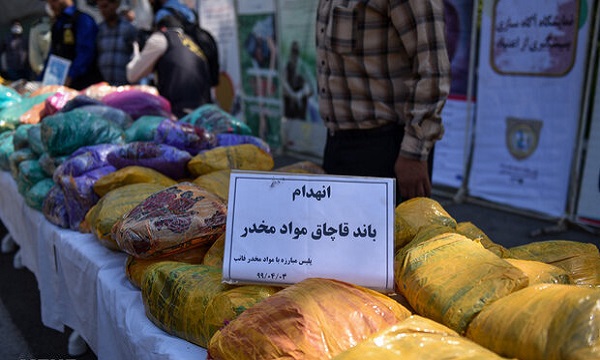 Brigadier General Ahmad-Ali Goudarzi pointed to another successful operation by the border guards of Saravan Border Regiment and added, “After several days of intelligence activities and operational planning, border guards were able to seize a vehicle laden with 1,544 kilograms of various types of drugs, including 1,152 kilograms of opium and 392 kilograms of hashish."

In another operation, the border guards seized one ton of narcotics in addition to the confiscation of some weapons and ammunition in an armed clash with smugglers, he added

Two smugglers have also been arrested and handed to the judiciary, he noted.

Iran is at the forefront of the fight against drug trafficking and thousands of Iranian forces have been so far martyred to protect the world from the danger of drugs.

The country has spent more than $700 million on sealing its borders and preventing the transit of narcotics destined for European, Arab, and Central Asian countries.