Biden should not include regional, missile issues in JCPOA

TEHRAN (Defapress) - Stating that Biden should not include regional or missile issues in JCPOA, Iranian Parliament Speaker’s Special Aide for the International Affairs said that he should focus on the deal and commit to return to the JCPOA.
News ID: 83491 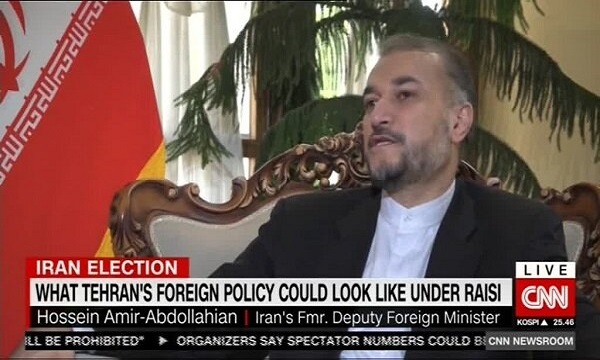 In response to a question about Iran-US relation during the presidency of Raeisi, he added, "The United States has always missed opportunities, and this depends more on the behavior of the American side, especially in deciding what relations with Iran should be."

"Biden wants to return to the nuclear deal and should not include regional or missile issues in JCPOA but should focus on the deal and commit to return to the JCPOA," said Amir-Abdollahian about the difference between the Trump and Biden administrations.

The Iranian diplomat also spoke about the outcome of the Vienna talks, saying "The JCPOA can enter the executive phase."

Former US President Donald Trump withdrew from the agreement approved by the UN Security Council in violation of its commitments and put a policy of maximum pressure on the agenda.

Joe Biden government officials have explicitly acknowledged the failure of the maximum pressure policy, but have so far refused to take the necessary steps to return to the agreement.

On Monday, Iran's President-elect Seyyed Ebrahim Raeisi said that the US should return to all its JCPOA commitment and lift sanctions, adding that regional and missile issues are not negotiable.

"We urge the US Government to live up to its commitment to this agreement. Regional and missile issues are not negotiable. An issue has been negotiated and agreed upon and a contract has been concluded and they have committed to it but have not acted on it. Now, how do they want to negotiate new topics?," he stressed.