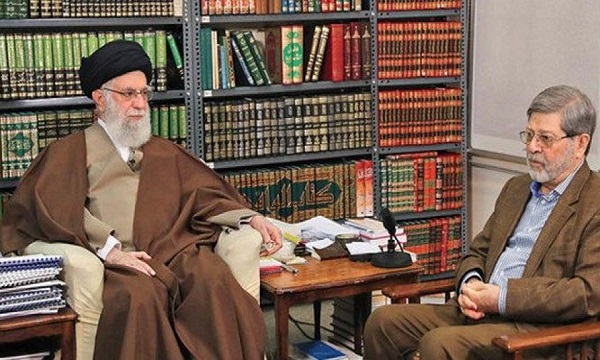 Khamenei.ir website carried the report on Wednesday, citing Dr. Alireza Marandi, the president of the Academy of Medical Sciences of the Islamic Republic of Iran.

“The Leader lays special emphasis on the use of Iranian vaccine. This vaccine is the result of young Iranian scientists’ endeavor and enjoys a high immunization level,” Marandi said.

The official said Ayatollah Khamenei did not have any objection to receiving vaccination from the onset of the outbreak of the coronavirus crisis.

The Leader had, however, set two prior conditions, insisting not to receive the remedy outside the schedule that had been devised for the rest of Iranians in the first place, Marandi noted.

Secondly, Ayatollah Khamenei had required to receive only Iranian remedy, he added.

“Therefore, once the vaccination process involving the Iranian countrymen above 80 years of age began, the Leader refused to receive foreign vaccine and waited for the Iranian one,” the official stated.

Marandi pointed out that Ayatollah Khamenei was to have a first dose of the Iranian vaccine administered, while the Iranians fitting within the age bracket had already received their first dosage from the country’s imported vaccine reserves.

The website hailed that the scientists, who had produced COV-Iran Bareket, were all among those, who had studied at domestic academic institutes. It added that production of the cure had made Iran the sixth country across the world to score the achievement after India, China, the UK, the US, and Russia, and the first West Asian nation to triumph in the area.

The Iranian vaccine was approved for emergency mass application by the country’s Health Ministry earlier this month.

Simultaneously, the Shafa Pharmed pharmaceutical complex that has been working on the cure as part of a project led by the Headquarters for the Execution of Imam Khomeini's Order, a charitable organization, released an official report, verifying its high level of effectiveness.

Head of the COV-Iran Barekat vaccine project at the Headquarters for the Execution of Imam Khomeini's Order (HEIKO) Hassan Jalili announced on Wednesday that the vaccine has proved 93.5% efficiency against coronavirus.

He added that COV-Iran Barekat is also efficient on the British mutation, noting that the vaccine will be injected to the Iranian people across the country soon.

He also added that 12 countries, including Asian, South American and one European country, have filed request to import COV-Iran Barekat from Iran.

Senior member of Iran’s National Task Force for Fighting COVID-19 Minou Mohraz said last week that COV-Iran Barekat which has been developed by Iranian scientists at the HEIKO is more efficient than the China-made Sinopharm vaccine.

“COV-Iran Barekat vaccine is more efficient than the Chinese Sinopharm,” said Mohraz, also a senior member of the team to assess the efficiency of the Iran-made vaccine.

“Based on available assessments, effectiveness of this vaccine in terms of neutralizing antibodies is about 80%; in addition, this vaccine has not shown any serious side effect,” she added.

Mohraz said a limited number COV-Iran Barekat vaccine doses has already been supplied to the market "and by the end of June, another 2 to 3 million doses will be delivered for public vaccination, and then in the next one to two months, several million doses of the vaccine will be produced each month in the main plant".

She had also last week said that COV-Iran Barekat vaccine is efficient and has no significant side effects.

“Barekat vaccine has no side effects and one million doses of the vaccine are ready (for injection),” said Mohraz.

She also assured people not to be worried about the shortage of foreign vaccines in Iran, saying that even those who have received the first dose of imported vaccines can use COV-Iran vaccine for their second dose.

In relevant remarks late last month, Head of HEIKO Mohammad Mokhber said that nearly 30 million doses of COV-Iran Barekat vaccine will be produced and delivered to the health ministry.

He noted that from September, 20 million doses of the vaccine would be produced monthly.

The official pointed out that people's concerns regarding the virus would be resolved within the next 3 to 4 months.

He concluded that all Iranian vaccines had achieved the human testing phase and desirable results, but COV-Iran Barekat has had fewer side effects.