China opposes US use of sanctions as political tools

TEHRAN (Defapress) - Pointing to the US withdrawal from Iran nuclear deal known as the JCPOA, the Chinese ambassador to Tehran said, "The White House uses political and economic tools to interfere in the internal affairs of other countries."
News ID: 83531 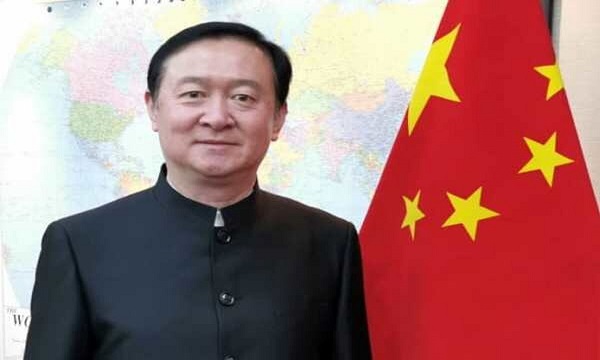 China's ambassador to Tehran Chang Hua made the remarks in a meeting with the chairman of the Iranian parliament's Economic Committee Seyed Ehsan Khandoozi on the advent of the 50th anniversary of diplomatic relations between Iran and the People's Republic of China (PRC).

He added, "The Chinese government welcomes and supports the development and strengthening of friendly relations with the Islamic Republic of Iran."

He went on to refer to the US withdrawal from the JCPOA in 2018 and the ongoing negotiations in Vienna between Iran and P4+1, saying, "The White House uses political and economic tools to interfere in the internal affairs of countries and imposes sanctions on them."

He underlined that "China strongly opposes this kind of behavior and considers the United States to be the main perpetrator behind the current situation."

At the end of the meeting, the Chinese Ambassador to Tehran stressed the need to implement the comprehensive document of cooperation signed between the two nations last year.