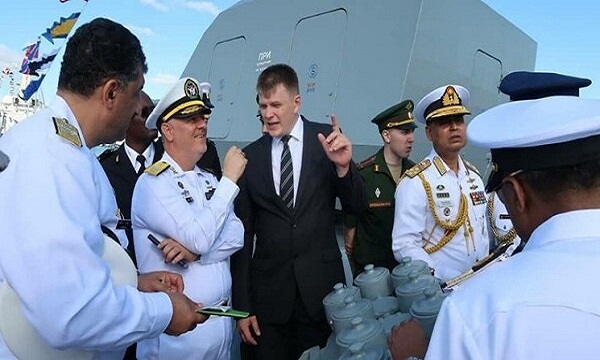 Heading a delegation, Rear Admiral Hossein Khanzadi and the Iranian Ambassador to Moscow Kazem Jalali will take part in the Russian Navy Day commemoration ceremony in St. Petersburg on Sunday, the Iranian Embassy announced on Monday.

Khanzadi will also meet with high-ranking representatives of the Russian armed forces and defense ministry, the statement added.

The naval parade in honour of the 325th anniversary of the Russian fleet will be held on the Neva River in St. Petersburg on Sunday. According to the Russian Defence Minister Sergei Shoigu, the passage of 54 vessels is planned, including frigates from Iran, India, and Pakistan.