TEHRAN (Defapress) - PresidenEbrahim Raeisi described development of knowledge-based economy as one of the country's priorities and emphasized the quantitative and qualitative development of the complex.
News ID: 83987 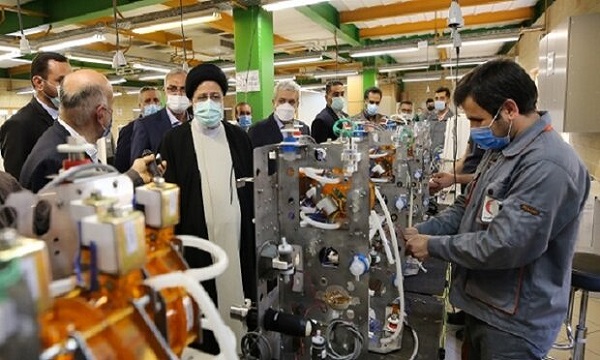 President Ebrahim Raeisi made the comments on an inspection visit to the Pardis Science and Technology Park located in the Pardis town near the capital Tehran on Tuesday.

Recalling the emphasis of the Leader of the Islamic Revolution Ayatollah Seyyed Ali Khamenei on the development of knowledge-based production in his message on the occasion on Nowruz to name the new Iranian year of 1401 earlier this month, the President called the position of science and technology parks in the realization of this naming important and called on all actors of the knowledge-based ecosystem to play an active role.

The President also stressed the need for easy and cheap supply of medicine to the people during his visit to pharmaceutical companies.

Also during the visit, five knowledge-based pharmaceutical products were unveiled in the presence of the President.