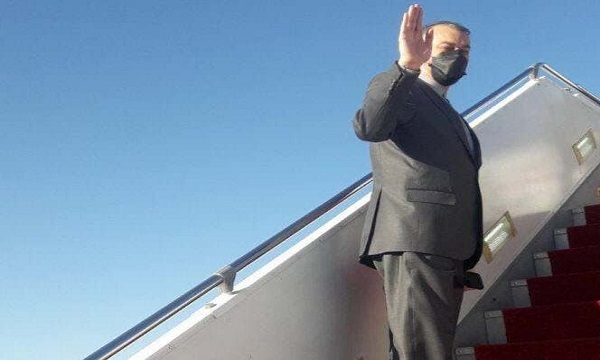 Tehran also hosted the second meeting of the foreign ministers of Afghanistan's neighbors, plus Russia, on October 26, 2021.

The foreign ministers of Afghanistan's neighbors, along with Russia, stated in a joint statement on October 26, 2021, that a comprehensive political structure with the participation of all ethnic groups was the only solution to Afghanistan's problems.

Amir-Abdollahian is set to meet with his counterparts from Russia, Indonesia, Turkmenistan and Pakistan as well as the Uzbek Foreign Minister and Prime Minister during his visit to China.