Enemy does not have power to act against Islamic Republic

TEHRAN (Defapress) - Commander of IRGC Ground Force Brigadier General Mohammad Pakpour said that enemies do not have the power and courage to take any action against Islamic Republic of Iran.
News ID: 84047 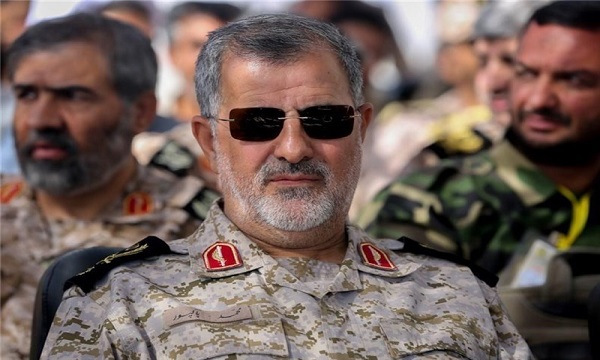 Iran’s attack on US Ain al-Assad base in Iraq and other moves in the Zionist regime and the United States and some other countries are harsh responses given shortly after the US assassination of former Iran’s IRGC Quds Force Commander Martyr Lt. Gen. Soleimani, showing that enemies of the country do not have enough power to attack Iran.

Speaking on the sidelines a visit to the mausoleum of Martyr Soleimani on Wednesday, Brigadier General Pakpour said that Armed Forces of the country are prepared to ward off any attack from the enemy decisively in a way that the world witnessed Iran’s undisputed military power after martyrdom of Iran’s anti-terror commander Qassem Soleimani.

The path of Martyr Soleimani, who played an outstanding role in defeating ISIL in Iraq and Syria, will seriously be continued by all committed Armed Force of the country, IRGC Ground Force Commander emphasized.