TEHRAN (Defapress) - Russia has declared seven diplomats from the Embassy of Denmark in Moscow as ‘persona non grata’ citing reciprocal measures, the Russian Foreign Ministry said in a statement on Thursday.
News ID: 84124 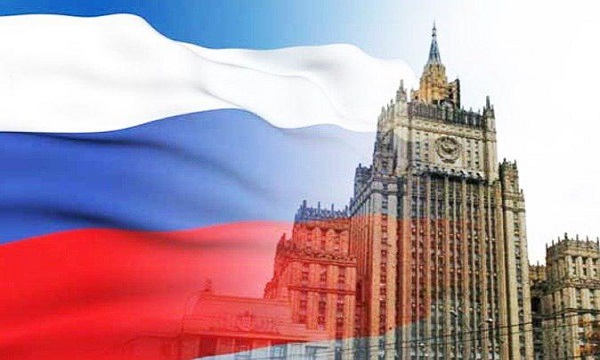 "The Ambassador [of Denmark to Russia] has been informed that as part of reciprocal measures, seven diplomats of the Danish Royal Embassy in Moscow have been declared personae non gratae," the statement reads. "They have been advised to leave the territory of the country within a two-week period. Moreover, one of the Danish diplomatic mission’s diplomats was declined a Russian entry visa."

The Russian Foreign Ministry also stated that it reserved the right for resorting to extra measures in response to unfriendly steps on behalf of Copenhagen, which would be later notified about them, TASS reported.

Moreover, Ambassador of Denmark to Russia Carsten Sondergaard, who had been earlier summoned by the Russian Foreign Ministry, was handed a note of protest in regard to an ungrounded expulsion of 15 Russian diplomats from Denmark. The Russian ministry also stated that Copenhagen’s obvious anti-Russian policy inflicts great damage on bilateral relations.

The authorities of Denmark announced a decision on April 5 to expel 15 Russian diplomats, who were allegedly suspected by the Danish intelligence of being involved in the work for the Russian intelligence services.

The Foreign Ministry of Denmark said at that time that the country was interested to maintain diplomatic relations with Moscow and, therefore, the ambassador of Russia and a number of other diplomats were not subjected to deportation. Russian Ambassador to Denmark Vladimir Barbin stated later that Copenhagen did not provide any proof to back the expulsion of Russia’s diplomats.