Iran warns of growing trend of Islamophobia in world

TEHRAN (Defapress) - Iran's Permanent Ambassador to United Nations warned of growing trend of Islamophobia in world and called spread of insults to people based on religious beliefs as a key challenge to promote peaceful coexistence among nations.
News ID: 84266 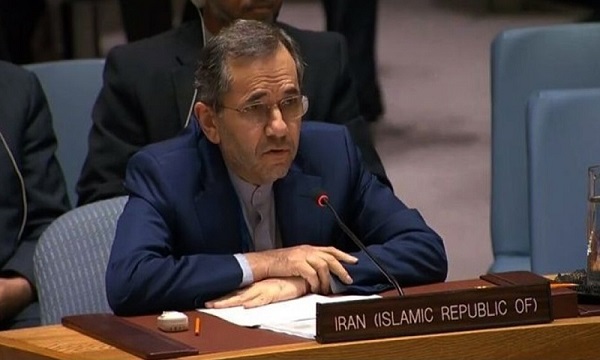 Speaking in a meeting of the General Assembly of the United Nations on Monday in order to mark International Day for Countering Hate Speech, Iran UN envoy said that spread of hatred, discrimination and violence has caused great suffering to Muslim communities in various countries.

Iran senior diplomat added that this trend has led to the occurrence of political measures such as limitation of hijab (Islamic Dress Code), burning the Holy Quran, insulting religious symbol in some countries under the shadow of inaction of some governments in confrontation with actions of anti-Islamic groups and its promotion by anti-Islamic media.

Rejecting the remarks of representative of Zionist regime at the UN, Takht Ravanchi stated that the Zionist regime is well known for its racist and hateful policies and effort of Israeli envoy for creating controversy and media hype cannot conceal these policies.