TEHRAN (defapress) – Iranian foreign ministry has offered condolences to Russia over the plane crash that killed all 71 people on board on Sunday.
News ID: 68621 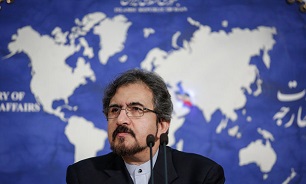 Iranian Foreign Ministry Spokesman Bahram Ghasemi offered condolences to Russian people and government over the plane crash that killed all the people onboard near the capital Moscow.

A Russian Antonov-148 aircraft carrying 65 passengers and 6 crew members crashed on Sunday morning in the Moscow region minutes after taking off from Domodedovo Airport, killing everyone on board. The Russian government has opened an investigation into the possible causes of the aerial accident.