TEHRAN (defapress) – The Iranian parliament’s Civil Commission plans to hold a special meeting on Wednesday to examine the reasons behind a recent plane crash in southwest Iran that killed all 65 people on board, a member of the commission announced.
News ID: 68784 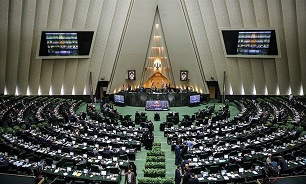 Speaking to the defapress, Seyed Ahsan Alavi said the Civil Commission is slated to hold the meeting later on Wednesday with officials from the Ministry of Road and Urban Development and Civil Aviation Organization (CAO) in attendance.

He further emphasized that no comment can be made about the causes of the plane crash until the aircraft’s black box is found.

However, the parliamentarian made assurances that any mistakes or faults of the responsible authorities would be examined without any appeasement.

On Tuesday, helicopters of the Islamic Revolution Guards Corps (IRGC) managed to find the exact location of the wreckage of the ATR plane that crashed on Sunday.

The ATR plane of Aseman Airlines with 65 passengers, including six crew, flying from capital Tehran to the city of Yasouj, disappeared from radar screens some 20 minutes after take-off on Sunday morning.

A widespread search operation is still underway to find the bodies of the passengers and crews of the ill-fated plane.