Iran urges int'l community to stand against US illegitimate actions

Tehran believes that every member of the international community has a duty to stand against illegal actions being taken by the United States and also its indifference to follow the international laws, Iran's UN envoy said on Wednesday.
News ID: 71647 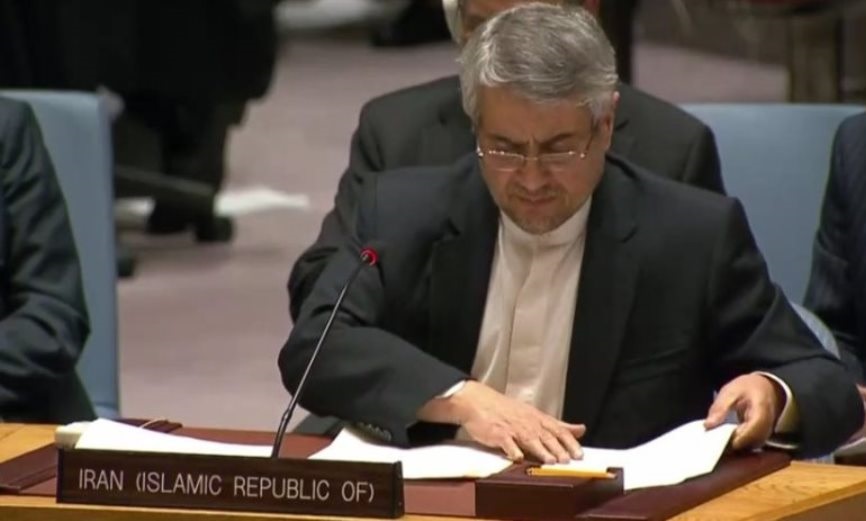 TEHRAN(Defapress)-The 'community of nations' should 'stand up to lawlessness and contempt for agreed norms,' Gholamali Khoshroo, Iran's Ambassador and Permanent Representative to the United Nations (UN) said in British daily newspaper of Guardian's opinion column.

As Khoshroo said, the international community should 'refuse to give effect to irresponsible acts.'

The full text of Khoshroo's writing is as follows:

'After more than a year of holding the Joint Comprehensive Plan of Action (JCPOA – known also as the Iran Deal- to ransom and demanding Iran make a spade of unilateral nuclear and non-nuclear concessions, ultimately, on 8 May 20OA18, the Trump administration withdrew from the JCPOA.

'Simultaneously, Trump signed a presidential memorandum to re-impose all US sanctions lifted or waived in connection with the Iran Deal.

'As a result, the agreement that was the culmination of more than a decade of negotiations and was endorsed by Security Council resolution 2231 now faces an existential moment, especially as the first set of US sanctions come into effect this week.

'Security Council resolution 2231 underlines “promoting and facilitating the development of normal economic and trade contacts and cooperation with Iran” as an essential part of the JCPOA and calls upon all member states to support its implementation, including to ensure Iran’s access in areas of trade, technology, finance and energy, and refrain from actions that undermine it.

'As part of the JCPOA itself, the US alongside other JCPOA participants, undertook to refrain from any policy intended to directly and adversely affect the normalization of trade and economic relations with Iran.

'The Trump administration is nonetheless now targeting countries across the world for actually re-engaging Iran economically in accordance with their obligations under Security Council resolution 2231.

'The US withdrawal from JCPOA and re-imposition of its sanctions is a serious breach of its legal obligations under the UN charter, which entails its international responsibility.

'What the Trump administration has done, through threatening economic revenge against the countries that continue their economic ties with Iran, is to weaponize its economy.

'It is a clear rejection of diplomacy and multilateralism; a clear call for confrontation rather than cooperation; an open invitation to resorting to logic of force instead of force of logic.

'Such reckless and menacing behavior by the Trump administration renders it responsible for the ensuing adverse consequences, and it must be held accountable for such blatant material breach of its obligations under the JCPOA; for the consequences of its wrongful acts that fly in the face of the UN charter and international law; and for the damages and irreparable harm it has caused to Iran and its international business relations.

'While the International Atomic Energy Agency (IAEA) has confirmed Iranian compliance in now close to a dozen periodic reports, the US’ performance has been abysmal from before the withdrawal and persistently in blatant violation of the letter, spirit and intent of the JCPOA almost from its inception.

'The US government’s agencies and instrumentalities actively and consistently were deterring and discouraging businesses from engagement with Iran.

'The Trump administration’s abdication of the deal is a tragedy for multilateral diplomacy and will leave a deep scar on the credibility of such needed diplomatic ventures for some time to come. The spectre of extreme unilateralism, terminal intransigence and the unwinding of vital global institutions is a threat not just to my country, but to every nation.

'It may be tempting to hope for the proverbial passing of the storm, but at this point in time that is clearly no longer a sustainable approach.

'It is our true belief that each and every member of the community of nations has a duty to stand up to lawlessness and contempt for the rule of law in international relations; in particular, by refusing to give effect to irresponsible acts and by holding any law-breaking party accountable for the consequences of its acts,' concluded Khosroo.