calls for pursuing water transfer from Sea of Oman 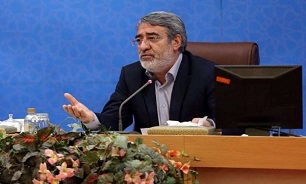 He made the remarks in a Monday meeting organized to discuss the latest status of drought in the country.

The issue of drinking water should be among the country’s main priorities in next [Iranian calendar] year 1398 (starting March 21, 2019), he said, adding that officials should pursue the establishment of desalination systems and also water transfer from Sea of Oman to central provinces.

Touching upon the need to introduce modern and new approaches to revise water consumption pattern and to fight drought, Rahmani-Fazli said that promoting the true culture of water consumption among Iranian people should be on the agenda of different organizations.

Energy Minister Reza Ardakanian and Minister of Agriculture Mahmoud Hojjati reported on the latest status of water reserves and consumption in the country and put forward their suggestions on the issue.

As reported by national center for drought and crisis management affiliated to the meteorological center, the precipitation rate in Iran has dropped by 27 percent over the past eleven months (September 23, 2017 to August 21, 2018), compared to its long-term average.