Trump forced to allow Iran to stay connected to SWIFT

TEHRAN (defapress) –The US will reportedly offer major concessions to Iran that could allow the Islamic Republic to ease the pressure from upcoming economic sanctions.
News ID: 73441 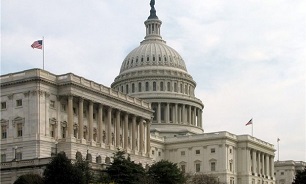 Senior US State Department officials working on the Iran issue are said to have convinced Secretary of State Mike Pompeo to permit Iran to remain connected to the Society for Worldwide Interbank Financial Telecommunication (SWIFT) international banking system, Washington Free Beacon reported, citing the sources familiar with the matter.

While US President Donald Trump and senior figures in Congress have pushed for harsher anti-Iranian sanctions, the State and Treasury Departments reportedly caved to pressure from European allies and Iran. Iran will reportedly continue doing business on SWIFT, and the US administration will extend waivers to several countries allowing them to continue purchasing Iranian oil – a concession that was mulled earlier in September, sources said.

The concessions have reportedly sparked outrage among US officials who take a hardline attitude towards Iran, even causing White House National Security Advisor John Bolton to decline to participate in the sanctions rollout on November, 4.

“They're gutting President Trump's maximum pressure campaign,” one senior congressional staffer briefed by administration officials on Iran and SWIFT said. “Administration officials used to tell us it's OK to give Iran concessions on SWIFT because they would force oil exports down to zero," the source said. "Now they're saying it's OK to give concessions on both SWIFT and energy because this is just the beginning of a long campaign."

Another senior congressional aide intimately familiar with the situation told the Free Beacon that Obama-era holdovers in the State Department helped to convince Pompeo to go along with the concessions in order to preserve the possibility of rejoining the JCPOA in the future, “keeping Obama's Iran nuke deal on life support in the hopes of restoring it after Trump.”

The concessions to Iran are said to include oil waivers to China, South Korea, and India, all of which purchase Iranian crude oil. Sources further said that a series of briefings will be held in the next few days to provide details about the new concessions.