TEHRAN (defapress) – Taghi Nourbakhsh, the president of the Social Security Organization, and Abdolrahman Tajoddin, the parliamentary deputy of the organization, died in a car accident in a trip to Gorgan late on Thursday.
News ID: 73731 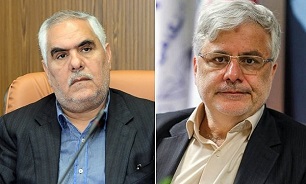 Their car was hit by a truck near the Western entrance of Gorgan and both were injured and died later in a hospital.

The two officials were accompanying Iran’s Minister of Labour and Welfare Mohammad Shariatmadari in the official visit.

Shriatmadari and provincial governor-general Seyyed Manaf Hasehmi had immediately arrived in Hakim Jorjani hospital to follow up closely the process of medical treatment of the officials.

Khalil Hanif, the director of provincial affairs at the ministry of jobs and social security was also injured in the accident.

Hadi Hashemian, the head of Golestan Judiciary said the driver has been arrested.

Bodies of Nourbakhsh and Tajeddin were transferred to Tehran on Friday morning, after a ceremony in Gorgan to commemorate the two high-ranking officials.

Social Security Organization (SSO) is a social insurer organization in Iran which provides coverage of wage-earners and salaried workers as well as voluntary coverage of self-employed persons.

A number of Iranian officials, including President Hassan Rouhani, Parliament Speaker Ali Larijani have issued messages to express their condolences to their bereaved families and the people of Iran.