TEHRAN (defapress) – Iranian Foreign Minister Mohammad Javad Zarif deplored the US sanctions against the Islamic Republic and said the Washington administration would not be allowed to undermine the country’s trade with other nations.
News ID: 76879 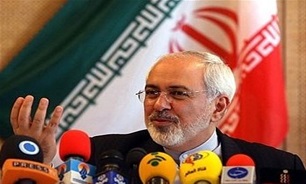 Speaking to reporters in the Turkish capital of Ankara on Wednesday, Zarif responded to a question as to what will happen if a sanctions waiver granted to Turkey to trade with Iran is not extended, saying that the US is seeking to control other countries’ relations.

“But a government can never ignore or endanger the interests of other countries to support the views of certain elements,” he added.

"We have no problem with partners of the US, but we will not allow the United States to question our trade with other countries,” the Iranian top diplomat noted.

Heading a high-ranking diplomatic delegation, Zarif is in Turkey on the second leg of a tour that took him earlier to Syria.

Speaking to reporters in Washington on Tuesday, Turkish presidential spokesman Ibrahim Kalin said his country expects the United States to extend a waiver granted to Ankara to continue oil purchases from Iran without violating US sanctions.

“We made it clear that only we’d like to continue buying oil from Iran but also Iran is a neighboring country ... People should not expect Turkey to turn its back on Iran just like that,” he said.

Turkey did not support US sanctions policy on Iran and did not think it would yield the desired result, Kalin said.