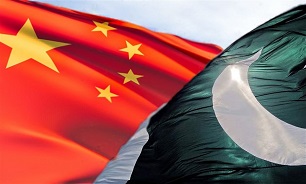 Qureshi, who is on an official visit to Beijing, underlined his country's commitment to strengthening the "all-weather strategic cooperative partnership" between the two countries, said a joint statement.

His visit came weeks after Beijing vetoed a US-sponsored resolution in the UN Security Council to designate Masood Azhar, head of the Pakistan-based Jaish-e-Mohammad (JeM) group, as an international terrorist. Azhar is accused of being involved in a brazen attack on a military convoy in Indian-administered Kashmir in February that killed over 40 Indian troops. Islamabad denies the charge.

The Chinese side reiterated its steadfast support for Pakistan in safeguarding its sovereignty, territorial integrity, independence and national dignity, the statement said, Anadolu Agency reported.

"Both sides believe that a peaceful, stable, cooperative and prosperous South Asia is in the common interest of all parties and emphasized the importance of dialogue in resolving all disputes and issues in this region on the basis of mutual respect and equality," it said.

The Chinese side, it added, appreciated Islamabad's efforts in combating terrorism and extremism and supported Pakistan in implementing its measures taken recently in this regard.

The Chinese side also called on the international community to view Pakistan’s counter-terrorism efforts and contributions in an objective and fair manner and to strengthen dialogue and cooperation with Pakistan, the statement said.

The two sides underlined that China-Pakistan relations were a factor of stability in the regional and international situation and reaffirmed their resolve to continue to strengthen them in all areas, it concluded.