TEHRAN (defapress) – Yemen’s army and Popular Committees fired 17 homegrown ballistic missiles at gatherings of the Saudi mercenaries in retaliation for the continued massacre of civilians by the Riyadh-led coalition in the Arabian Peninsula country.
News ID: 77068 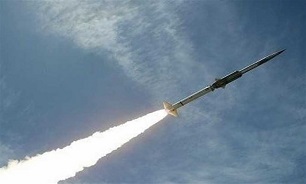 The missile command of the Yemeni army and Popular Committees hit the Saudi-backed militants in the Kingdom’s southwestern Asir region with 17 ballistic missiles dubbed “Zelzal-1”, the Arabic-language al-Masirah TV reported.

A military source said dozens of the Saudi-led coalition’s mercenaries were killed or injured in the missile attack, according to the report.

In another operation, the Yemeni forces repulsed a massive attack by the coalition forces near al-Alab border crossing.