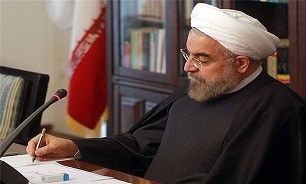 "According to Article 135 of the Constitution and based on your commitment and scientific and management experiences, you are being appointed as Acting Minister of Education," reads part of President Rouhani's letter of appointment.

Seyyed Javad Hosseini had previously served as Director General of the Department of Education in Razavi Khorasan Province.

On Thursday, Rouhani approved the resignation of former minister of education, Mohammad Bathaei, who stepped down from his position to run for a seat in Parliament in February 2020.

Bathaei took office in August 2017 after the Parliament voted him in as a minister during President Rouhani's second term.