TEHRAN (defapress) - Russia’s Deputy Foreign Minister Sergey Ryabkov has met with Venezuelan leadership during his trip to Caracas, discussing bilateral cooperation in international organizations as well as trade and economic cooperation, the Russian Foreign Ministry said in a report on Monday.
News ID: 78153 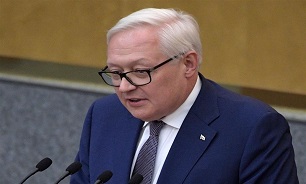 "The bilateral meetings confirmed that the settlement of internal discord by the Venezuelans themselves through peaceful negotiations has no alternative. The Russian side expressed support for a direct dialogue between the government and the opposition maintained with the mediation of Norway," the foreign ministry said.

Ryabkov also participated in a ministerial meeting of the Non-Aligned Movement (NAM) coordination bureau. "During a plenary session, he made a statement on the issue of Russia-NAM relations, drawing attention to undisguised attempts by a group of countries to put pressure on Venezuela," the ministry noted.

In a constructive atmosphere, "participants in the event exchanged views on key issues on the international agenda, including the development and strengthening of multilateral framework in the settlement of global problems," the foreign ministry added.