TEHRAN (defapress) – Chinese Foreign Minister Wang Yi will kick off his three-day trip to North Korea on Monday amid the stalled process of the Korean Peninsula denuclearization.
News ID: 78574 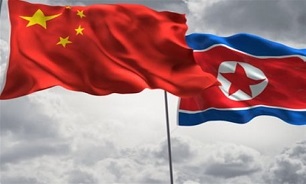 China's top diplomat is expected to meet with his North Korean counterpart, Ri Yong Ho, during the visit.

In June 2018, Kim and Trump reached an agreement, stipulating that North Korea would make efforts to promote complete denuclearization of the peninsula in exchange for US-South Korean military drills' freeze and potential removal of US sanctions.

The negotiating process has, meanwhile, stalled this year with the tension having escalated after Pyongyang’s recent missile tests.

Earlier this week, US Secretary of State Mike Pompeo said Washington could not ignore Pyongyang's "rogue behavior" and listed the country among several others as a challenge that the US faced, Sputnik reported.

Washington has also reportedly pressured Beijing to play a more active role in pushing North Korea to give up its nuclear program.

Despite several meetings between Trump, Chinese President Xi Jinping, and Kim Jong Un, there has been little in terms of tangible results.