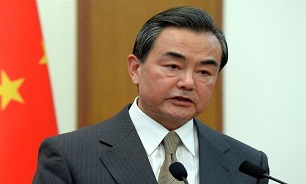 Wang also repeated Beijing’s suggestion that the United Nations Security Council should consider discussions on easing sanctions against the North.

The isolated regime is under heavy US and UN sanctions over its weapons programme, and has criticized Washington’s position that they will not be lifted until the country gives up its nuclear arsenal.

“Since last year, the DPRK has taken a series of positive measures, and on these grounds requested the US to meet halfway and make a positive response,“ Wang told reporters, using the initials of North Korea’s official name.

“We think this is fair and reasonable. We hope that the US side can also take practical measures in this regard, and make due efforts to ease the situation and promote dialogue,“ he said, after meeting Malaysian Foreign Minister Saifuddin Bin Abdullah.

Pyongyang said this week it was willing to hold working-level talks on denuclearization this month with the United States, AFP reported.

Hours later the North fired unidentified projectiles into the sea.

Negotiations between Pyongyang and Washington have been gridlocked since a second summit between Kim Jong Un and US President Donald Trump in February ended without a deal.