TEHRAN (defapress)- Top Military Aide to the Iranian Supreme Leader Major General Yahya Rahim Safavi on Friday warned the US against any act of aggression against Iran, reminding that as Hezbollah Leader Sayyed Hassan Nasrallah said any move against Tehran will throw the whole region in a great turmoil.
News ID: 78748 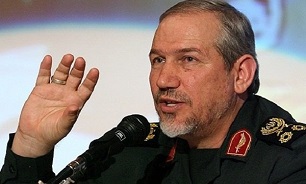 Speaking before the Friday prayers today, Rahim Safavi warned his country’s regional and trans-regional enemies that any aggression against Iran or any anti-Iranian move would have serious repercussions for the whole region.

on Wednesday, Secretary of Iran's Supreme National Security Council (SNSC) Ali Shamkhani dismissed the US allegations of Tehran's involvement in the Saturday attacks on Saudi oil installations, warning of a crushing and powerful response to any aggression.

"The crisis in Yemen that Saudi Arabia's continued military aggression has prolonged for over 50 months has no military solution and can end only within the framework of Yemeni-Yemeni talks and without interference of third parties," Shamkhani said.

He described the Yemeni people's defense against foreign aggression and cruel massacre of the country's citizens as their legitimate and legal right and a natural reaction to aggressors' cruelties.

Shamkhani noted that the Yemeni army designs and builds its own weapons, and said blaming other countries for the Saturday attacks is just escaping ahead not to account for wasting resources to purchase advanced but ineffective military equipment from the Western states.

He underlined that Iran's strategic policy is decreasing tension, avoiding any clashes and resolving the regional crises through talks.

"Meantime, Iran monitors, with full preparedness, any intention and move for the purpose of aggression against the country or the interests of the Islamic Republic and will give a decisive and all-out response to possible mischiefs in the harshest way which can surprise the aggressors," Shamkhani said.