TEHRAN (defapress)- Governor of the Central Bank of Iran (CBI) Abdolnasser Hemmati announced that Iran could manage to register positive growth in the first half of the current Iranian year (March 21- September 22, 2019).
News ID: 79601 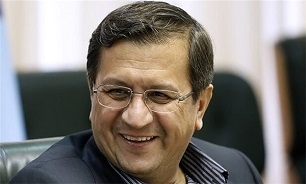 “Iran’s GDP, without oil, in the first six month of the current year, is positive,” Hemmati tweeted on Monday.

He noted that Iran’s economic growth, without considering the sale of oil, was 0.5 percent in the first six months of the current Iranian year.

In relevant remarks in late September, Hemmati had said that growth recorded in the first quarter, compared to the similar period of 2018, was a first to come after months of depression that began following a decision by the United States last year to withdraw from an agreement on Iran’s nuclear program and impose sanctions on the country.

The CBI governor said the meager figure reported for growth in the period was below Iran’s real economic potentials.

He, however, said that the development was “promising” given that Iran had reported three quarters of negative growth over 2018-2019.