Iranian nation not to forsake blood of its martyrs

TEHRAN (defapress) – Following the US attacks in Baghdad airport on Fri. which led to the martyrdom of Commander of IRGC Quds Brigade, General Ghasem Soleimani this morning, Iranian Parliament Speaker Ali Larijani said that the noble nation of Iran will not forsake the blood of its martyrs.
News ID: 79774 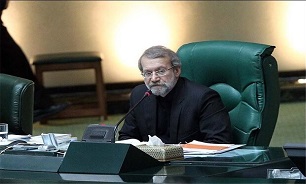 General Ghasem Soleimani, as a dignified and prominent commander, was proud of all Iranian people who cared about the development and excellence of the country and eventually, he was attained martyrdom by the most vicious and cruel Israel regime and the United States.”

“The United States should know that the great nation of Islamic Iran has so far bestowed many martyrs in this way. We will not forsake the blood of our martyrs,” he stressed.

Today, the US government is the most hated regime in the world and the global arrogance should know that they will never be able to undermine the determined wills of the great commanders with their heinous crimes.”

Martyr General Soleiani was a brilliant epitome and model of these iron wills who was nurtured in the School of Islam, he reiterated.