Iran will take harsh but not hasty revenge 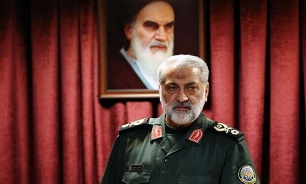 General Shekarchi said Iran will avoid taking any hasty action but will take a tough revenge from the US, as the Iranian and regional nations besides the Leader of the Islamic Republic desire.

He reiterated that Iran will take a tough revenge from the US, as the Iranian and regional nations besides the Leader of the Islamic Republic desire.

It is the Islamic Republic’s right to respond to assassination of General Soleimani by the US and will do that for sure, he noted.

“In case of [Iran-US] war or any confrontation, Americans will suffer severe damage and if they do any madness, Iran’s response would be tougher,” he said.

The Spokesperson elaborated that “Americans have taken an irreversible step.”

General Soleimani’s body will be transferred to Iran on Monday to be buried in his hometown, Kerman.