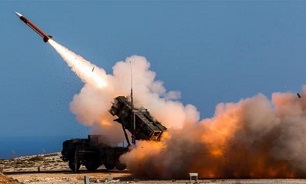 “The Army’s passive defense has been growing at a good pace in the past year, since its formation under the instructions of the Leader of the Islamic Revolution,” Major General Abdolrahim Mousavi said on Sunday, on the sidelines of the unveiling ceremony of two new homemade radars.

The top commander expressed gratitude to all the personnel and commanders of the Army’s passive defense, as well as the Iranian universities and knowledge-based firms cooperating to boost the country’s air defense ability to guard the sky against enemies’ threats.

‘Khalij Fars’ is a strategic radar that has a range of over 800 kilometers. The high-tech 3D phased array radar can identify all conventional and stealth targets as well as ballistic missiles.

‘Moragheb’ is also a state-of-the-art 3D phased array radar with a range of 400 kilometers that can detect flying targets with high accuracy. Also, it is able to identify small flying objects and UAVs in low altitude. The system has been developed based on domestic knowledge in the Army’s Air Defense with the cooperation of knowledge-based companies.