TEHRAN (defapress) – Qatar has sent a new consignment of goods and medical supplies to Iran amid the country’s battle against the COVID-19 epidemic.
News ID: 80918 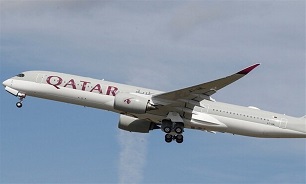 Director-General of QFFD Khalifa bin Jassim Al Kuwari said this "continued assistance to the Islamic Republic of Iran reflects the active role of the State of Qatar in supporting brotherly and friendly countries and helping them to overcome and contain this crisis and fight the pandemic, which poses a threat to the whole world".

Qatar had previously sent two shipments of health and medical supplies to Iran in the past month and a half.

On April 22, Qatari Emir Tamim bin Hamad Al Thani in a telephone conversation with Iranian President Hassan Rouhani, referred to the spread of the coronavirus and wishing good health to the government and people of Iran and all Muslims around the world, said, “We must work together to prevent the spread of the disease.”

The number of people infected with the novel coronavirus in Iran has surpassed 88,000, of whom more than 66,000 have fully recovered from the disease, according to the country's Health Ministry officials.