TEHRAN (defapress) – Saudi military aircraft continued to bomb residential areas in Yemen’s provinces of Sana’a and Ma’rib, violating a self-declared ceasefire announced by the Saudi-led coalition with the arrival of the holy month of Ramadan.
News ID: 81027 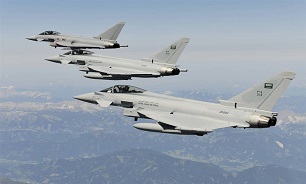 Civilian areas in the Nehm district of Sana'a province and the Majzar district of Ma'rib province in central Yemen were bombarded several times on Tuesday night, local media reported.

The strikes destroyed several residential buildings and inflicted other material damage, but there was no immediate word on possible casualties.