Iran’s power has made US desperate

TEHRAN (defapress) – An Iranian lawmaker strongly condemned the US harassment of a Mahan passenger plane, noting that such measures show how the US is desperate about Iran’s growing power.
News ID: 81652 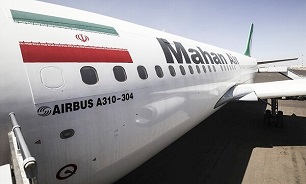 “Iran’s growing ties with neighbors and other countries, and shaping new poles of power in the world has made the Americans desperate and carry out such measures but they should understand that Iran will use all the diplomatic and legal tools at hand to ensure the security of its people,” MP Ruhollah Motefaker-Azad told Mehr News Agency on Monday.

US harassment of an Iranian airliner and civilians is not something new as Americans have no moral commitment towards civilians, he added.

While over the Syrian sky, two US warplanes conducted dangerous maneuvering close to Beirut-bound Mahan Air Flight 1152 on Thursday night, forcing the pilot to abruptly reduce altitude to avoid collision and leading to injuries in several passengers on board. Iran has vehemently condemned the provocation, urging the international bodies to stand against the United States' violations of international law.

The Islamic Republic of Iran seeks to establish provide the region with stability and the Americans should know that they cannot create tensions in the region, added the MP.

“Authority, power, and the influence of the Islamic Republic is growing in the world,” he said, highlighting that the US cannot achieve its aims with such measures and will certainly receive Iran’s serious response.

Americans also seek to divert the world’s attention from what goes on inside the US, Motefaker-Azad said.

The Mahan passenger, he continued, the plane was flying with a known code in a known commercial route and according to the Chicago Convention, warplanes have no right to come close to the civilian planes, he said, adding that the warplanes’ measure was a violation of international law.