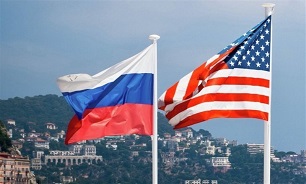 "We are working with Russia right now on a non-proliferation agreement, nuclear non-proliferation. If we get something like that, it would be great," the US president said on Friday, during a COVID-19 Response and Storm Preparedness roundtable in Florida, TASS reported.

Trump provided no further details about the agreement.

Russia and the United States held consultations on arms control and disarmament in July. Those meetings focused primarily on the fate of the bilateral New START treaty.

The Treaty between the United States of America and the Russian Federation on Measures for the Further Reduction and Limitation of Strategic Offensive Arms (the New START Treaty) entered into force on February 5, 2011.

The deal stipulates that seven years after it goes into effect, each party should have no more than a total of 700 deployed intercontinental ballistic missiles (ICBMs), submarine-launched ballistic missiles (SLBMs) and strategic bombers, as well as no more than 1,550 warheads on deployed ICBMs, deployed SLBMs and strategic bombers, and a total of 800 deployed and non-deployed missile launchers.

The document will remain in force for 10 years, until February 5, 2021, unless it is replaced before that date by a subsequent agreement on the reduction and limitation of strategic offensive arms. It can also be extended for no longer than 5 years (that is, until 2026) by the parties’ mutual consent.

Moscow has repeatedly called on Washington not to delay prolongation of the treaty it describes as a golden standard in the area of disarmament.

Russian President Vladimir Putin said in an interview with the Financial Times in June that if this treaty ceased to exist there would be no other tools in the world containing the arms race.