US Revoked Over 1,000 Visas to Chinese Nationals over Alleged Military Ties

TEHRAN (defapress)- The US has revoked more than 1,000 visas belonging to Chinese nationals linked to the People's Liberation Army, according to Wednesday statements issued by a US State Department Spokesperson.
News ID: 82000 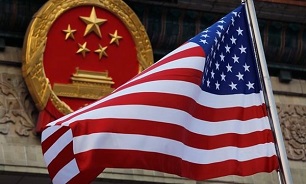 "We continue to welcome legitimate students and scholars from China who do not further the Chinese Communist Party's goals of military dominance," the spokesperson expressed in an email to Reuters, Sputnik reported.

Acting Secretary of Homeland Security Chad Wolf expounded on the administration's decision amid his 2020 State of the Homeland speech on Wednesday.

“We are blocking visas for certain Chinese graduate students and researchers with ties to China’s military fusion strategy to prevent them from stealing and otherwise appropriating sensitive research,” he noted, accusing China of "launching new aggressive tactics" to steal US intelligence.

This US decision comes as the latest development in a series of federal actions against Chinese students. The White House issued a proclamation back in May accusing China of engaging in the "acquisition of sensitive United States technologies and intellectual property to modernize its military is a threat to our Nation's long-term economic vitality and the safety and security of the American people".

According to the document, some Chinese students studying in the US, "mostly post-graduate students and post-doctorate researchers", have actually been operating as "non-traditional collectors of intellectual property" for Beijing.

Wolf noted on Wednesday that the federal government has begun "targeting illicit Chinese manufacturers" that it believes have "exploited the COVID-19 pandemic" through the production of "fraudulent, prohibited PPE [personal protective equipment] and medical supplies".

He added that the Donald Trump administration would also be taking steps to prevent "goods produced from slave labor from entering our markets".