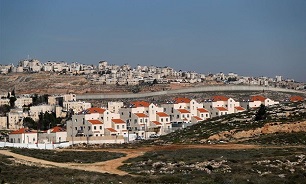 In a statement on Saturday, Hamas Spokesman Hazem Qassem condemned Israel’s new plan for building the settler units in the occupied West Bank and described the move as a result of the United Arab Emirates (UAE) and Bahrain’s normalization of relations with the occupying regime, presstv reported.

Israel approved the construction of 4,948 settlement units on the occupied Palestinian lands in the West Bank on Wednesday and Thursday.

Qassem said Hamas had repeatedly warned against normalization agreements and had emphasized that such deals would embolden the occupying entity to commit more crimes against Palestinians.

He said Israeli crimes against Palestinians would continue in various forms and settlement construction was just one form of aggression against Palestine and its people.

The spokesman said the regimes that had normalized ties with Israel were advancing a political and media discourse “to acquit the Zionist enemy and blame the Palestinians in order to justify their normalization with the occupiers”.

Qassem said Israel’s recent authorization refuted the claim by the UAE and Bahrain that their normalization deals with Tel Aviv would lead to a halt to Israeli settlement expansion.

The Emirati and Bahraini deals with Israel were condemned by Palestinians as a betrayal of their cause by fellow-Arab governments.

After it concluded its deal with the Israeli regime, the UAE falsely claimed that Tel Aviv would in return halt plans for the annexation of occupied Palestinian lands. Shortly later, Tel Aviv denied that claim.

On Friday, Britain, France, Germany, Italy, and Spain had in a joint statement also denounced Israel’s approval of the construction of the settler units, stressing that the move violated international law.

The Arab League also denounced the Israeli plan on Thursday.

Since US President Donald Trump took office in December 2016, Israel has stepped up its illegal settlement construction activities in defiance of UN Security Council Resolution 2334, which pronounced settlements in the West Bank and East Jerusalem al-Quds “a flagrant violation under international law”.

All Israeli settlements are illegal under international law as they are built on occupied land.