TEHRAN (defapress) - Iran's Deputy Foreign Minister for Political Affairs referred to a recent prisoner swap, saying the move does not violate the independence of the country’s Judiciary
News ID: 82645 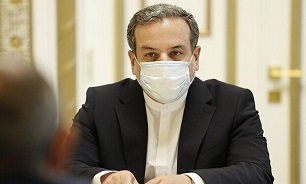 Seyyed Abbas Araghchi said on Friday that the swap of three Iranian citizens detained abroad with a spy is not a violation of the Judiciary's independence, adding that the country exchanged at least five prisoners with the United States, France, Thailand and Australia over the past year.

This type of prisoners’ swap is unique of its kind because three countries were involved in this exchange and a tripartite interaction took place, he said, adding, “Three Iranians were released with only one foreigner. The exchange took place at Tehran airport. That is to say that three Iranians were first released and arrived in Tehran, then an Australian prisoner left the country. Also, an exchange was made with an Australian private plane that first transported Iranian prisoners to Tehran.”

It should be noted that the exchange of prisoners is a common and accepted issue in international custom and in no way violates the independence of the judiciary, Araghchi added.

In all countries, once the legal process has ended and the person has been sentenced to prison, it is possible to exchange him or her according to the national interests, he said, adding, “In our country, this is possible with the approval of the Supreme National Security Council. Other countries have their own routine.”

"Over the past year, the Iranian Ministry of Foreign Affairs has exchanged at least five prisoners with the United States (twice), France, Thailand and Australia (twice), with eight compatriots (including university professors, Deputy Foreign Minister Araghchi added.

Media outlets focused on Iran on September 21, 2018 when the news of arresting a 31-year-old woman was released. Kylie Moore Gilbert was an Australian-British national who was described by foreign media as a scholar, researcher, Islamologist and university professor.
Kylie as a Shialogyst scholar had traveled to all the important countries of the West Asian region, including Iran, Egypt, Syria, Iraq, Bahrain, Kuwait, and attended scientific and religious gatherings.