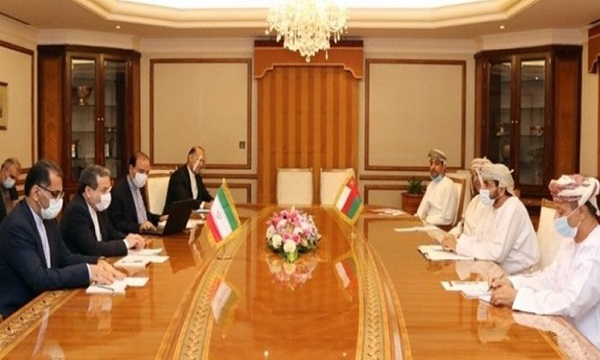 In a note on Tuesday, Araghchi explained the details of his recent visit to Oman and called the speculations about meeting with the new US president's representative in Oman a fantasy.

“After a two-day trip to Kabul, I had a four-hour trip to Oman on Monday to hold the 7th Joint Strategic Consultative Committee of the Islamic Republic of Iran and the Kingdom of Oman,” he said.

He described the trip as “intensive and very useful,” adding, “Among the countries of the Persian Gulf, Iran's relations with Oman have always had a special feature and importance.”

After Araqchi's visit to Oman, some media outlets claimed that meeting with the new US president's representative was on the agenda of the Iranian deputy foreign minister’s trip to the Arab neighbor.

"The storytellers who talk about imaginary meetings do not seem to have a clear understanding of the current situation," the Iranian foreign minister said while pointing to rumors circulating in social media regarding contact with the US officials.

Araqhchi arrived in Muscat on Monday to participate at the 7th round of Iran-Oman joint strategic consultative committee meeting.

Araqchi in a meeting with Undersecretary of Oman’s Foreign Ministry for Diplomatic Affairs Khalifa bin Ali al-Harthy discussed promotion of relations and cooperation in various fields.

Araqchi and Al-Harthy met and exchanged views at the 7th round of Iran-Oman Joint Strategic Consultation Committee in Muscat, signing agreements reached between the two sides.

The two diplomats discussed the ways of developing bilateral relations and exchanged their views on the issues of mutual interest.

In a relevant development in November, the New York Times claimed that Araqchi through intermediaries had tried to pass on Tehran’s insistence that the United States return to Iran deal unconditionally before any talks resume.

The Iranian Foreign Ministry immediately dismissed the claim, and said the report was completely made-up. The ministry said that no direct or indirect contact had been made between Tehran and the Biden camp.