TEHRAN (Defapress) - According to an online survey conducted by the French Institute of Public Opinion, the popularity of Macron among French people decreased by 38% in December 2020.
News ID: 82783 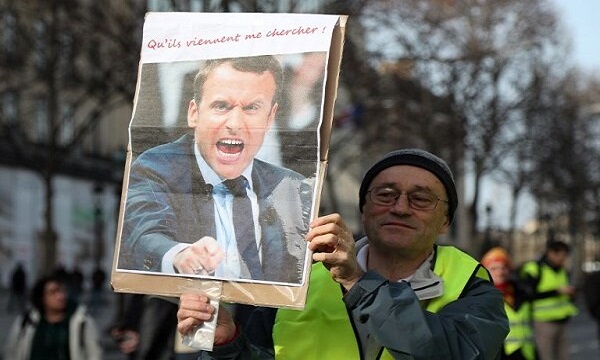 Conducted by the French Institute of Public Opinion (IFOP), a total of 1,936 people aged 18 and above participated in the survey.

On Thursday, the French president’s office said that Macron tested positive for the novel coronavirus.

The Elysee Palace announced the development in a statement, saying the president took a rapid PCR test, after experiencing mild COVID-19 symptoms.

Another survey conducted in November also showed that seven out of 10 French people in the country did not trust the Macron administration in combating the pandemic. The survey also found the government's measures to combat the epidemic "inconsistent".