TEHRAN (Defapress) - The first stage of war game of Payambar-e Azam 15 (The Great Prophet 15) was held in the area of Central Desert of Iran on Fri. with the implementation of a combined missile and UAV operation of the IRGC Aerospace Force.
News ID: 82898 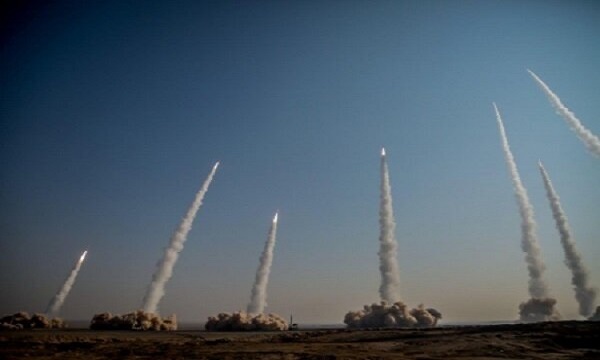 The first stage of war game of Payambar-e Azam 15 (The Great Prophet 15) of the Islamic Revolutionary Guard Corps started this morning.

The IRGC war game was held in the presence of IRGC Chief Commander Major General Hossein Salami, IRGC Aerospace Force Commander Brigadier General Amirali Hajizadeh and some high-ranking commanders and officials of the Armed Forces of the Islamic Republic of Iran.

A combined attack was carried out on a hypothetical enemy base and the destruction of all predetermined targets using a new generation of surface-to-surface ballistic missiles and drones.

These missiles are equipped with detachable warheads with the ability to guide out of the atmosphere as well as the ability to intercept and pass through enemy missile shields.