TEHRAN (Defapress) - Hashd al-Shabi Organization held a parade in the presence of Prime Minister Mustafa al-Kadhimi on Saturday to mark the seventh anniversary of its establishment.
News ID: 83502 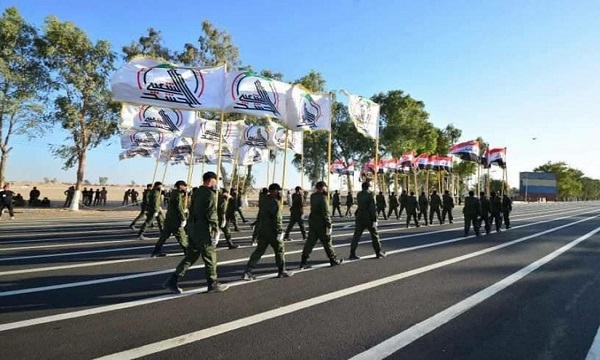 According to the Iraqi "mawazin.net" website, the Hashd al-Shabi (PMU) military parade was held in Dyala province in the east of the country to mark the seventh anniversary of the PMU establishment.

The PMU infantry and other combat units as well as the backup forces took part in the parade.

The parade was held in the presence of Prime Minister Mustafa al-Kadhimi a number of other military, political and cultural figures on Saturday morning.

Iraqi Popular Mobilization Units (PMU) or "Al-Hashd Al-Shabi" was formed at a historic fatwa by Iraqi Ayatollah Seyyed Ali Al-Sistani on June 13, 2014, to fight the ISIL terrorist group which was advancing in Iraq.