TEHRAN (Defapress) - Stating that negotiation is always a tool of diplomacy, Iranian President Ebrahim Raeisi said that Iran does not escape from talk, rather, it believes that negotiation should bear positive fruit to secure interests of country.
News ID: 83761 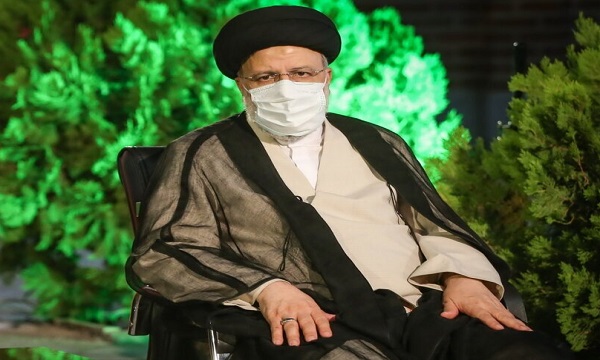 He made the remarks on Saturday in his first televised TV interview and stated that Iran is seeking to lift sanctions imposed against the country and interests of Iranian nation should be secured in these talks.

He then pointed to recent events in Afghanistan and stated that Afghanistan has suffered a great loss in a way that people of this country have been oppressed for years.

President Raeisi lashed out at US government which has undermined the right of Afghan people in this country.

Establishment of a government inspired by vote of people is the solution for Afghanistan crisis, he said, adding that Islamic Republic of Iran is seeking to spread peace and security in Afghanistan.

Islamic Republic of Iran considers security in Afghanistan and also in other neighboring countries as its own security, President Raeisi emphasized.

He went on to say that giant steps have been taken in the 13th government in this regard.

President Raeisi seized this opportunity to express his thanks to the medical staff and physicians who are offering quality healthcare services in line with containing the disease throughout the country.

From the very beginning, the issue of containing the coronavirus disease was put atop agenda of the 13th government, he reiterated.

The issue of providing vaccine required in the country was one of the priorities that it was discussed with visiting dignitaries and high-ranking officials of foreign countries to the Islamic Republic of Iran during the inauguration ceremony, he said, adding that more than 40 million doses of vaccine has so far been imported into the country and effective steps have been taken in line with providing 100 million doses of COVID-19 vaccines from overseas.

He pointed out to the closure of businesses caused by spread of COVID-19 in the country which created serious problems to livelihood of all walks of life and stated that his administration is taking drastic measures to boom businesses of people in the country.

President Raeisi called on all walks of life to observe anti-coronavirus and social-distancing protocols and guidelines and take these health instructions seriously in order to contain the disease.