TEHRAN (Defapress) - Iran on Monday marks the 24th death anniversary of eight Iranian diplomats and a journalist who lost their lives in a terrorist attack in the Afghan city of Mazar-i-Sharif, which is called national Journalist Day.
News ID: 84365 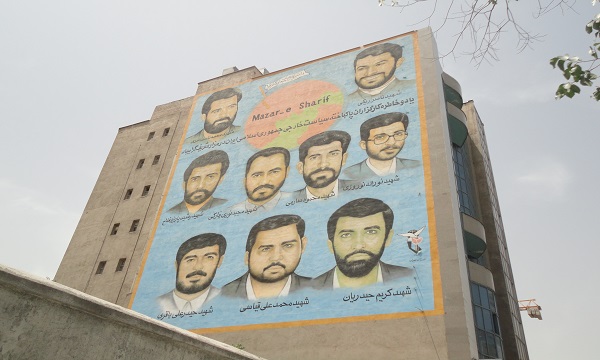 Iran has marked the 24th death anniversary of eight Iranian diplomats and a journalist who lost their lives in a terrorist attack in the Afghan city of Mazar-i-Sharif, Press TV reported.

In a statement issued on Monday, the Iranian Foreign Ministry paid tribute to the diplomats and the journalist who were killed in Afghanistan back in 1998 and reiterated its condemnation of the “unforgettable crime.”

The ministry also demanded measures by Kabul to clarify the circumstances that led to the incident.

The nine Iranian citizens were killed after Taliban militants entered the city of Mazar-i-Sharif in an incident that sparked worldwide condemnations.

Iran’s former Charge d'Affaires to Kabul Mohammad Reza Forqani was quoted by Fars News Agency in 2015 as saying that the Taliban had taken the Iranian diplomats hostage, but later released them. He said that the US and British spy agencies played a role in the killing of the Iranians in a bid to sow discord between Iran and Afghanistan.

Elsewhere in its statement, the Iranian ministry stressed that Tehran has always backed “the oppressed nation of Afghanistan”, expressing the Islamic Republic’s support for “any solution” that would restore peace, stability, and tranquility to the war-torn country.

The ministry also stressed the importance of the formation of an inclusive government that would represent all ethnic groups.

Afghanistan is currently ruled by an interim government announced by the Taliban in September last year after it took control of the country following a chaotic withdrawal of US-led foreign forces.