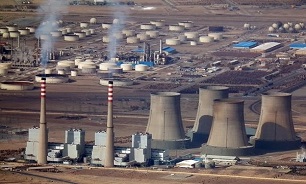 Deputy Thermal Power Generation Holding Company for Planning Affairs Hamid-Reza Azimi made the above remark on Tuesday and revealed the readiness of Japan to finance rehabilitation plan of thermal power plants in the country.

There are approx. 3,000-megawatt old power plants in the country operating with low efficiency, he said, adding, “for this purpose, thermal power plants’ rehabilitation plan has been launched in country’s power plants with the aim of promoting efficiency and reducing fuel consumption.”

In this regard, construction of two 500-megawatt power plants (totally 1,000-megawat) with 60% efficiency has been put atop agenda in Rey Power Plant, he said, adding, “to construct these two equipped power plants, we have negotiated with a prestigious Japanese team in order to take advantage of low-interest facilities of Japanese government.”

“we hope that contract for the construction of the aforementioned two power plants will be finalized by the yearend,” Azimi maintained.

In Rehabilitation Plan, “we have also negotiated with Japanese firms in the field of construction of Shahid Rajaei and Shahid Mofatteh power plants.”

It is supposed that financial resources required for this project will be provided using Japan International Cooperation Agency (JICA), the deputy observed.

Increasing productivity and efficiency factor, reducing repair and maintenance costs and also boosting lifespan of power plant have been cited as the main goal behind implementation of the Rehabilitation Plan.

In conclusion, Deputy Thermal Power Generation Holding Company for Planning Affairs Hamid-Reza Azimi said that 54 new power plants have been put into operation since the outset of 11th government, so that power plants’ capacity of the country has hit 77,000 megawatts at large.