IONS 2018 Gets Underway in Tehran 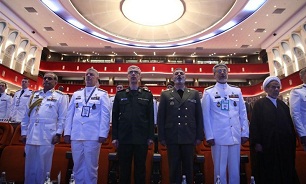 Senior military officials and navy commanders from 35 countries are present in the international event.

During the two-day conference, Iran officially assumes presidency of the symposium for two years.