Iran’s Top General: No Unsolvable Issue in Ties with Afghanistan

Iran and Afghanistan are good neighbors that do not face any unsolvable problem in their relations, Chief of Staff of the Iranian Armed Forces Major General Mohammad Hossein Baqeri said Sunday.
News ID: 70154 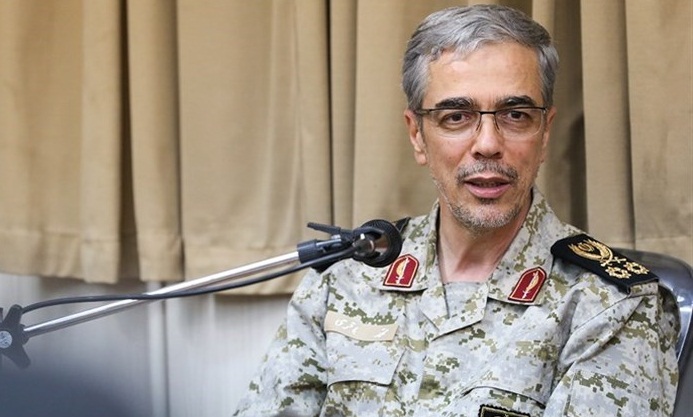 TEHRAN (Defapress) –“Thanks to their common culture and civilization, the two (Iranian and Afghan) nations have been good neighbors throughout history and will remain so, as there is no unsolvable problem between the two countries,” Major General Baqeri said in a meeting with Afghanistan’s Defense Minister General Tariq Shah Bahrami in Tehran.

He also highlighted Iran’s support for the Afghan nation in their struggle against foreign invasion, saying Tehran has also provided as much help as possible to ensure security in Afghanistan after the pullout of invaders.

The visiting Afghan minister, for his part, lauded Iran as a friend of Afghanistan with a long history of sustainable relations, saying he seeks to enhance friendly ties between the armed forces of the two countries to deal with the threat of terrorism with which the Afghan people are grappling.

Heading a military delegation, the Afghan defense minister is in Tehran for military and political negotiations.

In June 2017, Iran and Afghanistan held the first round of talks on a comprehensive strategic partnership document as part of efforts to boost bilateral relations in various areas, including security, defense, economy, culture, and education.