TEHRAN (defapress)- Former Iranian Foreign Minister Seyed Kamal Kharrazi voiced his satisfaction in the outcome of the recent peace talks held in Sweden by Yemen's warring sides, and said that it was a victory of that country's popular resistance movement.
News ID: 74518 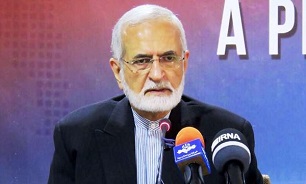 "Acceptance of the peace talks by Saudi Arabia is in itself a victory point for Ansarullah resistance movement," Kharrazi, also head of Iran's Foreign Policy Strategic Council, said.

"We hope that the agreements reached during the talks in Sweden would continue to preserve, and it will be the Yemeni people who will make the final decision on the future of their own country," he added.

Kharrazi underlined that Iran's diplomatic apparatus is seeking ways to support the Yemeni people and guarantee the realization of their demands.

Last Thursday, Ansarullah movement and representatives of the former Yemeni government agreed during UN-brokered talks in Sweden to a truce in Yemen’s Western province of Hudaydah.