TEHRAN (defapress)- Foreign Ministry Spokesman Bahram Qassemi said the French government has been informed that Iran’s missile capability is never to be negotiated, reassuring that any pressure on the issue will make Tehran reconsider relations with the European side.
News ID: 75218 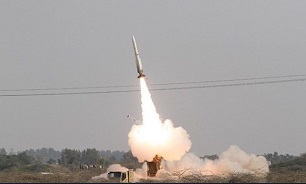 Iran strongly censured France for threatening to impose new sanctions against the Islamic Republic over its missile program, vowing to reconsider its relations with European countries in case such bans are imposed.

“Iran’s military capabilities are part of the country’s legitimate defense power and a guarantor of the Islamic Republic’s national security, which is based on the doctrine of deterrence,” Qassemi said on Friday.

“The Islamic Republic has designed its defense capabilities based on a realistic assessment of the existing threats,” he said, vowing that the country would strengthen such capabilities to the extent it deems necessary.

“Iran’s missile capability is not negotiable, and this has been brought to the attention of the French side during the ongoing political dialogue between Iran and France,” he said.

Qassemi further noted that Le Drian’s threat to impose new missile sanctions is against the spirit of political talks and cooperation between the two countries.

He also vowed that Iran will reconsider its interaction with European countries in case these states impose any new sanctions against Tehran.

“Iran has always sought to consolidate peace and stability in the region, and believes the mass sale of sophisticated and assault weapons by the US and some European countries, including France, has undermined regional stability and balance,” he said.

Earlier on January 16, Rapporteur of the Iranian parliament's National Security and Foreign Policy Commission Ali Najafi Khoshroudi blasted the US and Israeli officials for uttering interfering remarks against Iran's missile program after the country launched a satellite into the space but it failed to reach the orbit.

"We do not allow any country to interfere in our defense and missile industry," Najafi Khoshroudi said.

He lashed out at US Secretary of State Mike Pompeo for his remarks against Iran's missile program, and said, "The US has its own issues and political view about the Islamic Republic of Iran and it raises such issues and adopts double-standard positions in pursuit of its goals."

Najafi Khoshroudi said that the US which is in possession of state-of-the-art technologies is not entitled to the right to deprive others from acquiring hi-tech.

After the launch, Pompeo repeated his allegations that Iran’s space program could help it develop a missile capable of carrying a nuclear weapon to the mainland US, criticism that comes amid the Trump administration’s maximalist approach against Tehran after withdrawing from the nuclear deal.

"First, Netanyahu stands next to a nuclear bomb plant and threatens Iran with annihilation. Now, he openly boasts about his 'offensive' missiles that can reach anywhere," Zarif wrote on his twitter page on Tuesday.

He underlined the deterrent and defensive nature of Iran's missiles, and said unfortunately, the "West parrots his concerns" about the Iranian missiles.

His remarks came after Netanyahu said that the regime was developing “offensive missiles” cable of hitting anywhere across the region, alluding to Iran.

He also claimed that Israeli agents continue to operate inside Iran as part of Israel’s efforts to thwart what he called as the nuclear ambitions of the Islamic republic.

The Iranian officials have in different occasions stressed the defensive nature of the country's missile program, dismissing the western states' allegations.

On December 05, Zarif underlined that the UN Security Council's resolution 2231 does not limit Iran's missile program, saying that his country does not plan to develop atomic warheads.

"It is clear and the Americans, themselves, have also admitted that the nuclear deal and resolution 2231 do not limit Iran's missile activities," Zarif told reporters after a cabinet meeting in Tehran.

He added that former US Undersecretary of State Wendy Sherman, during the talks on the 2015 nuclear deal, and US Special Representative for Iran and Senior Policy Advisor to the Secretary of State Brian Hook, two weeks ago, said that resolution 1929 forced Iran to limit its missile program "but resolution 2231 had such a demand from Iran on a special type of missiles".

He stressed that Iranian missiles' precision-striking power is a proof that they have been designed only for conventional weapons purposes.

Zarif blasted the US officials, who have withdrawn from the 2015 nuclear deal, for attempting to find a cover for their violation of undertakings based on the UNSC resolutions, and added, "We saw how the UNSC did not accept to study this baseless claim."

However, there is no push for council action over the claimed 1 December launch.

Iran’s UN mission said in a statement on December 04 that Tehran was not in breach of the resolution and that its missiles were only designed to be capable of delivering conventional - not nuclear - warheads.

“Iran has never sought to acquire nuclear weapons and never will in the future,” the Iranian UN mission said.